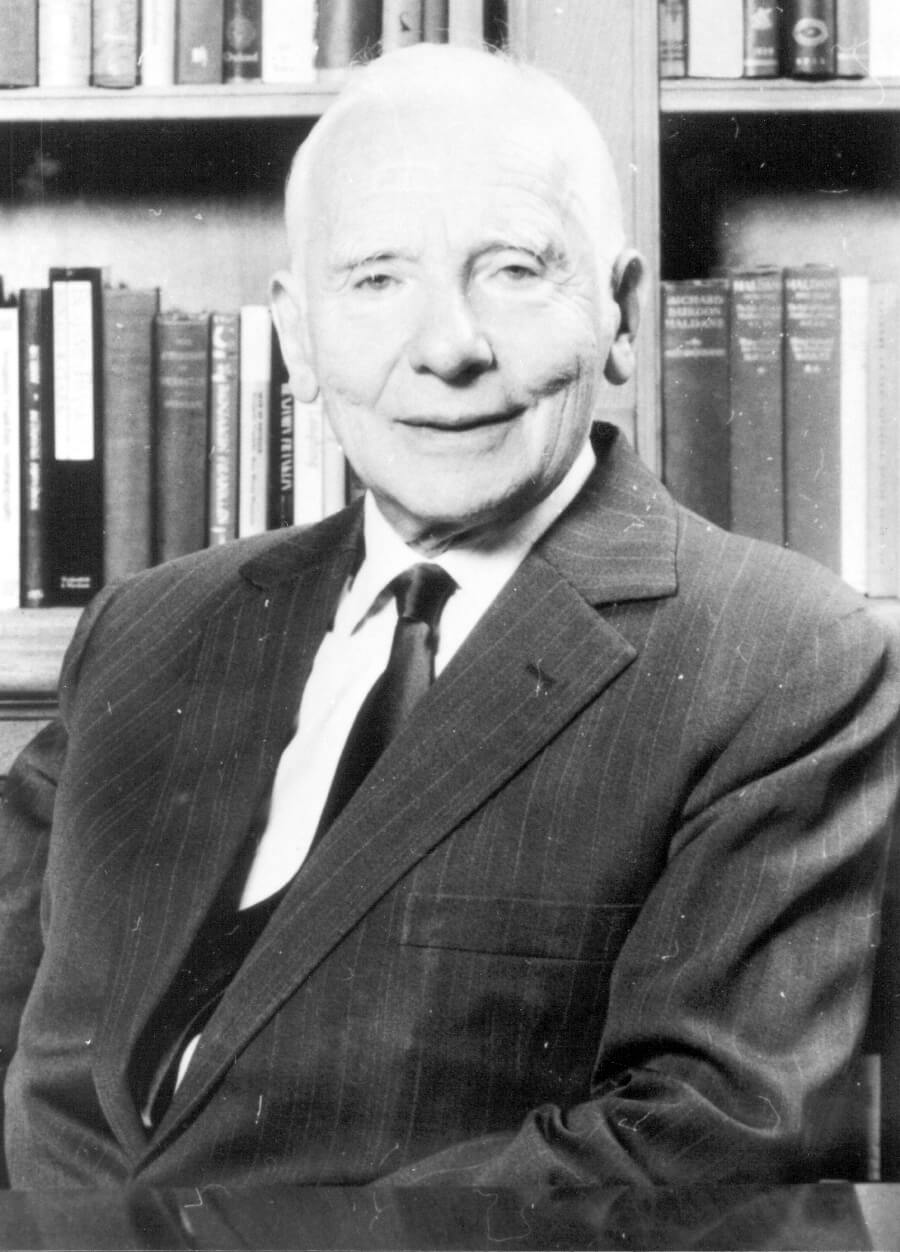 Joseph Rotblat was born Józef Rotblat in Warsaw, Poland in 1908, into an assimilated Jewish family. In the 1930s he was already counted among the top young physicists in Poland. – By the end of 1938 I had begun to experiment with uranium, so when I heard of the fission of uranium, it did not take me long to set up an experiment to see whether neutrons are emitted at fission – he would later recall – From this discovery it was a fairly simple intellectual exercise to envisage a divergent chain reaction with a vast release of energy. The logical sequel was that if this energy were released in a very short time it would result in an explosion of unprecedented power. Many scientists in other countries, doing this type of research, went through a similar thought process, although not necessarily evoking the same reaction.

In my case, my first reflex was to put the whole thing out of my mind, like a person trying to ignore the first symptom of a fatal disease in the hope that it will go away – he said, looking back on his moral doubts of conducting research that might lead to the development of weapons of mass destruction. – But the fear gnaws all the same, and my fear was that someone would put the idea into practice. (…) In my gnawing fear, the "someone" who might put it into practice was precisely defined: German scientists. I had no doubt that the Nazis would not hesitate to use any device, however inhumane, if it gave their doctrine world domination.

As a leading young scientist, he survived the Second World War in England working with James Chadwick – a Nobel Prize Laureate. Rotblat was the only scientist who worked on the Manhattan Project who refused to accept a British or American passport. When it became clear that Nazi Germany would not produce an atomic bomb, he also became the first scientist ever to reject working on the bomb on the moral grounds.

– Working on the Manhattan Project was a traumatic experience. It is not often given to one to participate in the birth of a new era. For some the effect has endured throughout their lives; I am one of those – Rotblat later explained. Changing his scientific focus after the War, Rotblat would move to London and put his energy into pioneering research in the medical applications of radiation. In London he worked at St. Bartholomew’s Hospital until his retirement.

In 1955 Rotblat was one of the signatories to the Russell-Einstein Manifesto, which preeminent global scientists released to urge political leaders to use nuclear technology for peaceful purposes only. Two years later Rotblat co-founded Pugwash and would later manage the organisation for years. From 1957 Pugwash held annual conferences with scientists from the both sides of the iron curtain, which during the Cold War helped to build up trust and ease tensions between the opposing forces. The Pugwash Conferences on Science and Wolrd Affairs continue to this day.

In 1995 Joseph Rotblat, together with Pugwash, were awarded the Nobel Peace Prize "for their efforts to diminish the part played by nuclear arms in international politics and, in the longer run, to eliminate such arms". For the first time ever, the Nobel Committee divided the prize between an individual and an organisation. Until the end of his life (2005) Rotblat actively stood up for his principles.